Sengakuji Temple – A Site Famous For The 47 Ronin 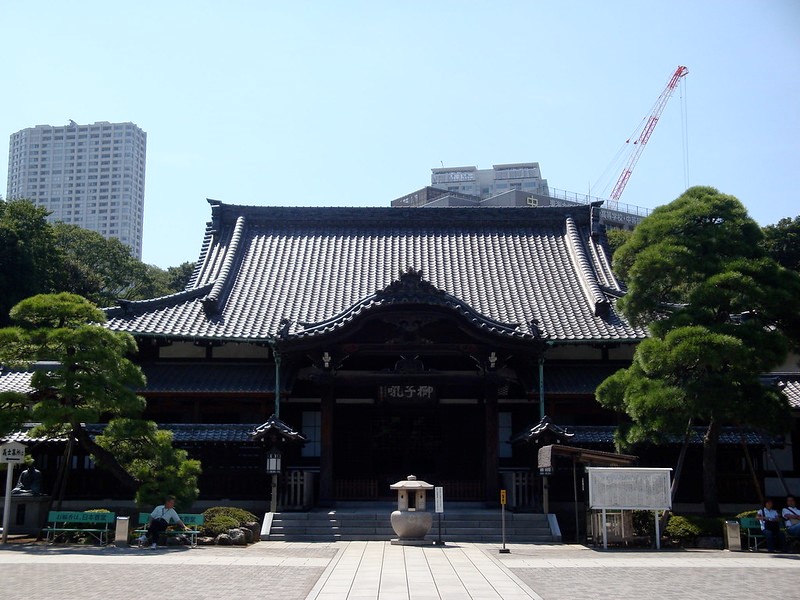 Sengakuji Temple (泉岳寺) was built just south of Edo castle (on the grounds of which Tokyo Imperial Palace now stands) by Tokugawa Ieyasu in 1612 in memory of Imagawa Yoshimoto, a powerful feudal lord to whom Ieyasu had been pledged as a “hostage”by his father during his youth (a common practice during the era to enforce trust between clans). A fire burnt down the main building in 1641 and the temple was moved to its current location and reconstructed. It was destroyed again during World War II and the structure we see today was built in 1953.

Sengakuji would likely be just another temple in Tokyo, known by locals but not much further afield, were it not for one event that took place on a snowy night in December 1702.

On the morning of 14 March 1701 Asano Takumi no Kami, the daimyo of Ako (Okayama Prefecture), drew his katana in the Pine Gallery of Edo castle on his superior, Kira Kozukenosuke, slashing Kira’s forehead and shoulder. Kira, who escaped with his life from the incident, had tormented his subordinate and this is said to have been the reason for Asano’s sudden loss of temper.

Ordered to Commit Seppuku For Asano, But Not Kira

It was strictly forbidden to draw a weapon within the castle walls and Asano was ordered the same day by the shogun, Tokugawa Tsunayoshi, to commit ritual suicide (seppuku) in the garden of another daimyo, a place far from befitting a man of Asano’s rank. His body was quietly buried in Sengakuji and his estate confiscated.

There was a law at the time called kenka-ryoseibai which held up a principle stating that in the event of a dispute both parties must be held accountable irrespective of the rights and wrongs. However, because Kira had not drawn his sword in response to the attack it was not deemed an argument and he escaped punishment, a fact that led to great bitterness amongst Asano’s now-masterless retainers (called ronin). Their subsequent pleas to the shogun to have Asano’s name reinstated and estate given back were to no avail and so the ronin, gathering under the chief retainer, Oishi Kuranosuke, decided to take matters into their own hands and avenge the perceived injustice. Aware of the fate that awaited them if they carried out any reprisal against Asano, Oishi divorced his wife and sent her back to her hometown in order to protect her. The other ronin spread out around Osaka and Kyoto, leading ordinary lives while they plotted at clandestine meetings headed by Oishi. 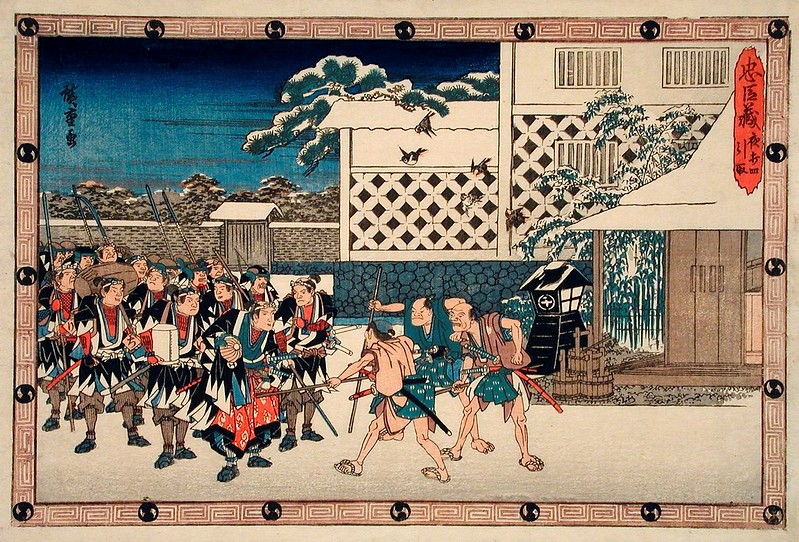 Then, on the night of 14 December 1702, the 47 ronin—Oishi’s 15-year-old son among them—crept into Kira’s residence (near modern day Ryogoku), killed his guards, and beheaded him, finally exacting their revenge. From there they marched almost ten kilometres in the night to Sengakuji to lay Kira’s severed head before their master’s grave before turning themselves into the authorities.

The shogun was faced with a dilemma over how to deal with the assassins. The law clearly forbade such acts of vengeance; however, there were many (even some within the government) who felt that Asano suffering an undignified death while Kira escaped punishment was indeed unjust. Moreover, the ronin’s loyalty to their master was seen as epitomising the traditional values of bushido (“way of the warrior”) that some thought were being lost in an increasingly hedonistic society.

In the end it was decided that the ronin would be allowed to commit seppuku instead of face execution, which would have been a dishonourable end for a samurai. Their bodies are buried next to their master, Asano, in Sengakuji. 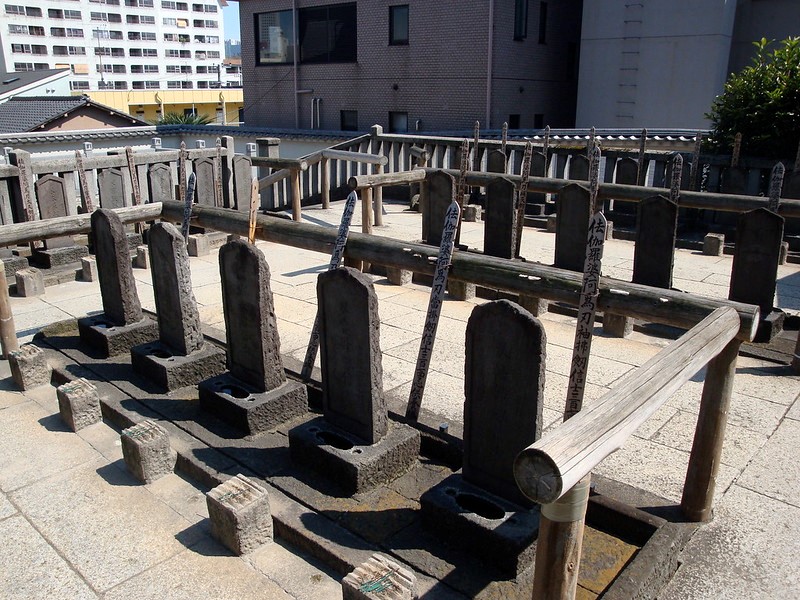 The story of the 47 ronin is one of Japan’s most celebrated, characterizing the ideal of loyalty on which Japanese society has historically placed much value. It is remembered every December at the Akogishisai.

Take Exit A2 out of Sengakuji Subway Station on the Toei Asakusa Line and the temple is a short walk up the road.

Sengakuji Temple (泉岳寺) was built just south of Edo castle (on the grounds of which Tokyo Imperial Palace now stands) by Tokugawa Ieyasu in 1612 in memory of Imagawa Yoshimoto, a powerful feudal lord to whom Ieyasu had been pledged as a “hostage”by his father during his youth (a common practice during the era to enforce trust between clans).