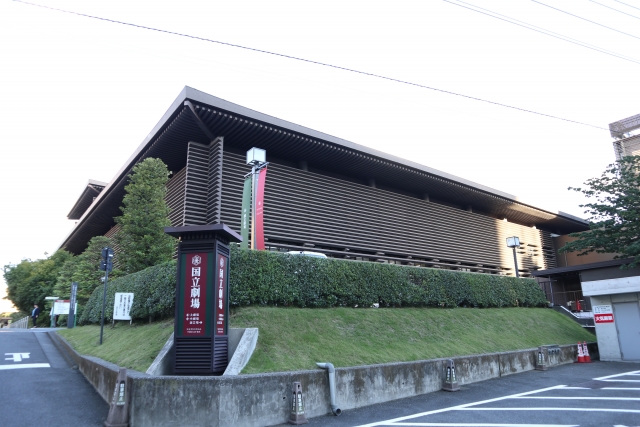 The theatre comprises of two auditoriums. The Large Theatre is a 1,610-seat auditorium often holds performances of the famous traditional Japanese arts like kabuki, buyo dance and drama. The Small Theatre is a 590-seat auditorium which offers a more intimate atmosphere making it the perfect option if you fancy indulging in an evening of a wide array of performances which include kabuki, bunraku puppet theatre, buyo dance, hogaku music (including gagaku or imperial court music), and folk arts. In 1979, the adjacent 300-seat National Engei Hall was added. This stages performances of the Japanese comic arts of rakugo and manzai.

Most, if not all, programmes are easily accessible for foreign visitors because of the English language performances and workshops that they regularly put on.

For example, the Discover Kabuki performance combines an hour introduction to Kabuki theatre, covering its long history and the main concepts, along with a one-act show (usually lasting an hour and a half). A professional actor and English-speaking host will guide you through. It’s fantastic to see how the actors’ movements are directed, as well as all of the tricks of the stage and scenery – you’ll appreciate the performance that follows much more.

Subtitles and audio guides are supplied for free if you attend one of the shows. Audio guides do cost a small fee for a regular performance, but they are incredibly useful, providing commentary in four languages (English, Chinese, Korean and Japanese). Yup, Kabuki is to Japanese people, like Shakespeare is to more western audiences.

If traditional Japanese theatre gets you hyped (don’t judge, guys) then the theatre’s souvenir shop is full of unique little trinkets and English-language books that go into more detail about the various art-forms, some of which are quite hard to find in normal shops.

While shows are not held daily, you can always visit the nearby Traditional Performing Arts Information Center to get a feel for how much goes into each production. Built in 2003, this free museum and research center displays the costumes and props used on stage, which you can view up close.

The museum displays original prints, documents and newspapers as well as short movies documenting the history and development of kabuki, rakugo, buyo, hogaku, bunraku and other Japanese drama. No photography is allowed though. The Information Center is open Monday to Friday and the second Sunday of each month from 10 am to 5 pm. On the third Wednesday of each month the center is open to 8pm. If that day is a national holiday, the center is open at the same hours on the following day which is on a Thursday.

A 5-minute walk away from Hanzomon Station on the Hanzomon Line or a 10 minutes’ walk from Nagatacho Station which can be accessed from the Yurakucho, Hanzomon or Namboku Lines. Both routes are fairly well-signposted.