Standing 333 meters high in the centre of Tokyo, Tokyo Tower (東京タワー) is the world’s tallest, self-supported steel tower and 13 meters taller than its model, the Eiffel Tower. A symbol of Japan’s post-war rebirth as a major economic power, Tokyo Tower was the country’s tallest structure from its completion in 1958 until 2012 when it was surpassed by the Tokyo Skytree. In addition to being a popular tourist spot, Tokyo Tower serves as a broadcast antenna. 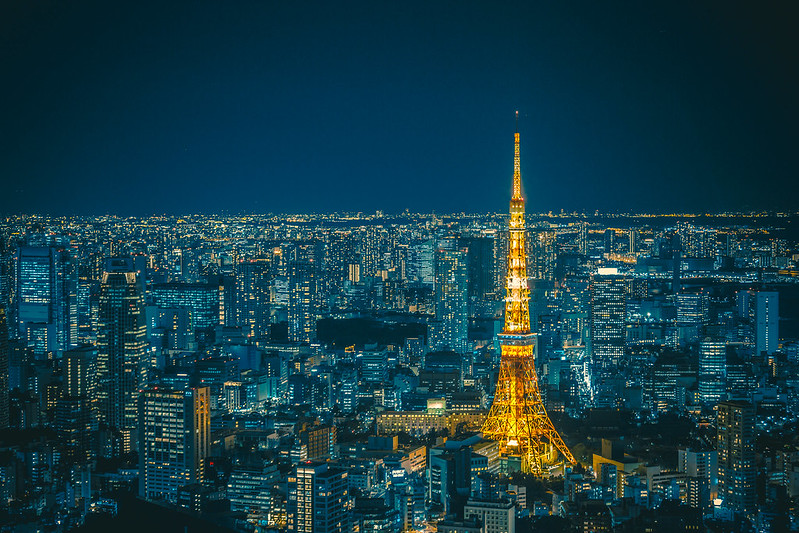 Tokyo Tower’s History
With the start of NHK, Japan’s national broadcaster, in 1953, the Tokyo area needed a large broadcasting tower. Simultaneously, the government wanted to make a statement with a landmark monument to symbolize the country’s post-war boom.

Based on the Eiffel Tower in design (and 13 meters taller in height), Tokyo Tower was completed in 1958. At 333 meters tall, it was the tallest tower in the world when it was built. It remained the tallest structure in Japan until being surpassed by Skytree in 2010.

The completion of Tokyo Skytree in 2012 might have stolen some of Tokyo Tower’s glory, but the 1958 construction remains a magnificent symbol of Japan’s post-war ascendancy, as well as an exciting entertainment hub for both visitors to, and residents of, this inexhaustible city.

The tower’s main deck at 150 meters is reached via elevator or a 600-step staircase (both paid). Thanks to the tower’s central location, the observatory offers an interesting view of the city despite being only at a relatively moderate height. There are also some “lookdown windows” in the floor to stand on, a souvenir shop and a cafe where visitors can enjoy refreshments.

A second set of elevators connect the main deck to the 250-meter-high top deck, from where you can get a bird’s eye view of Tokyo from high above the surrounding buildings. It is the third highest observation deck in Tokyo (after the two decks at the Tokyo Skytree). When visibility is good, visitors can see the Tokyo Skytree and Mount Fuji in the distance.

Directly below the tower stands the “Foot Town” building, which houses a variety of souvenir shops, cafes, restaurants and the One Piece Tower, an indoor amusement park. Opened on the 15th anniversary of the popular manga in 2015, the park offers a variety of shows, games and other attractions that feature characters from the series. 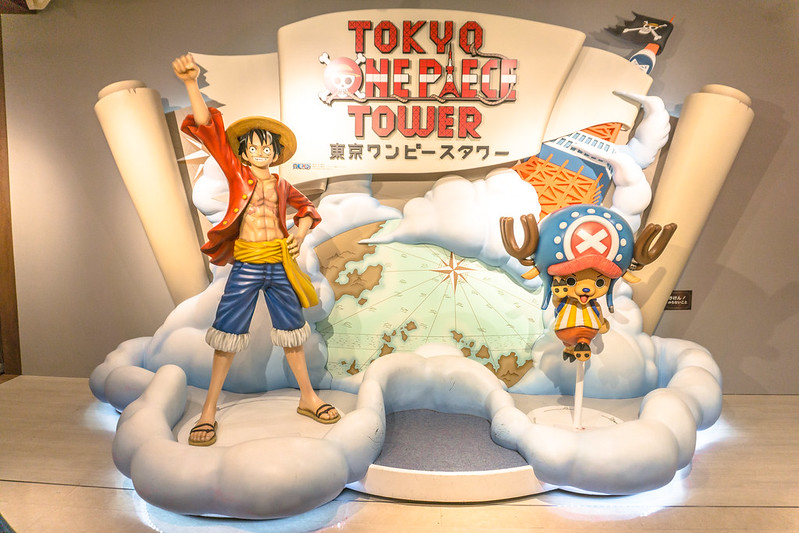 Standing 333 meters high in the centre of Tokyo, Tokyo Tower (東京タワー) is the world's tallest, self-supported steel tower and 13 meters taller than its model, the Eiffel Tower.